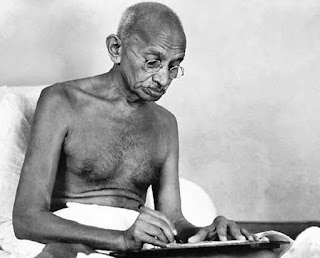 Have you ever wondered why Mahatma Gandhi has never been honoured with the Nobel peace prize?
On the death anniversary of Mahatma Gandhi(Mohandas KaramChand Gandhi)2 Oct 1869-30 Jan 1948.
The 30th January is a martyrs day. To pay tribute to father of the nation people visit Rajghat, New Delhi. The nation observes a 2min. silence at 11:00am. in his remembrance. 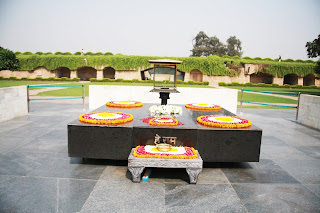 The nation and the world remembers the great personality and pays their tribute to the great man of honour.Mahatma Gandhi don’t need any introduction every other person knows about him more or less. When ever there is talk about great leaders of all time, Mahatma Gandhi will always be one of them. Mahatma Gandhi is another face for peace, as his messages, acts and beliefs were solemnly based on truth, peace and non violence. His all struggles against the colonial rule were purely based on non violence. He initiated many Satyagrahs including Civil Disobedience movements , satyagrah movements for peasants, farmers and mill workers. He united people of India to fight for a common cause, purna swaraj. He led Dandi march and broke the salt law. In his zest for independence he went to jail many times. 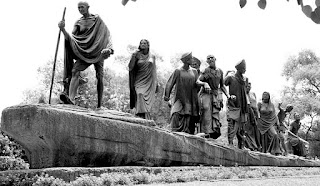 Every year Nobel prize is announced in the name of a person or organization who are doing great for the humanity. One of the category of Nobel prize is “Nobel prize for peace”. Since 1901 this prize has been announced regularly with some exceptions. Mahatma Gandhi has never received any Nobel peace prize though he was nominated five times for the year 1937, 1938, 1939, 1947, 1948. The final nomination came few weeks after his assassination. Interestingly in 1948 no one received the peace prize and it was quoted that “ there was no suitable living candidate” by this it is clear that if Mahatma Gandhi would not have been assassinated he might have got the Nobel peace prize of 1948.According to the Nobel foundation the Nobel prize is not given posthumous.