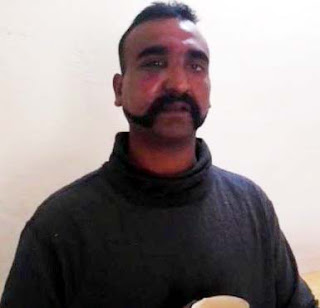 Pakistan Prime Mister Imran Khan said in the parliament of Pakistan that they will release the arrested pilot tomorrow. Pakistan proclaiming this as a gesture of peace. PM claiming "that this doent mean that they are weak."
Abhnandan is a pilot of IAF who got missing yesterday in one intercept with the pakistan force.
In this intercept India put down one of the pakistan plane.
Pakistan following the GENEVA convention 1929 according to which prisoners of war usually the members of armed forces  of one of the parties to a conflict who falls into the hands of opposite party should be treated under the laws of international humantarian laws and in detention he should not be punished.
National