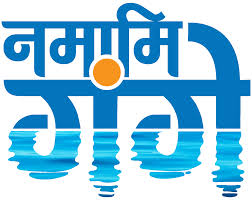 Namami gange programme is an integrated conservation flagship programme approved by the union government in June 2014. An amount of about  Rs. 20,000 Crore was allotted for this programme to accomplished the twin objectives of effective abatement of pollution, conservation and rejuvenation of national river Ganga.
This programme not only focus on the project of just cleaning the surface of Ganga river but also to take care about its future contamination by making many sewerage treatment plants, river front development, conserving bio-diversity, afforestation and regularly monitoring the industrial effluent.
The implementation of this project has been mainly divided into three parts firstly entry level activities which is for visible impact, secondly for medium- term activities which has to be implemented within 5 years of time and the last is long term activities which is to be implemented within 10 years of time span.
The key achievement under the namami  Ganga programme are as follows:
Achievements of programme in Kanpur is well described in the video:

1. Creating sewerage treatment to avoid the contamination of river Ganga due to the waste which is directly dumped in to the river.
2. Creating river front development  for the construction , modernization and renovation of Ghats and crematoria has been initiated.
3. River surface cleaning is being done by collection of floating solid waste from the surface of the ghats and river and its disposal.
4. Bio-Diversity Conservation is being done by conserving fishes, dolphins and many more species which has been on priority.
5. Afforestation has been made a major part of this project since river Ganga serves many wildlife sanctuaries  across its path. 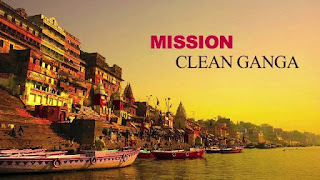 6. Public Awareness : For the purpose of awaring the people regarding their duties to serve Ganga, many series of activities , events, workshops, seminars, conferences and through radio and television
The Ganga theme song is been very well composed and has got the power to attract the people towards the Ganga and its importance.


7. Industrial effluent monitoring system has been built to keep an eye over the waste which is been dumped into the river.
8. Water channels has been built across many corridors of the river Ganga to promote the water transport in the region.